This Enchiladas Suizas Recipe is one of my favorite main dishes for a Sunday night dinner because it's pure comfort food. When tomatillos are in season, creating these enchiladas with tomatillo sauce is a snap and SO flavorful! 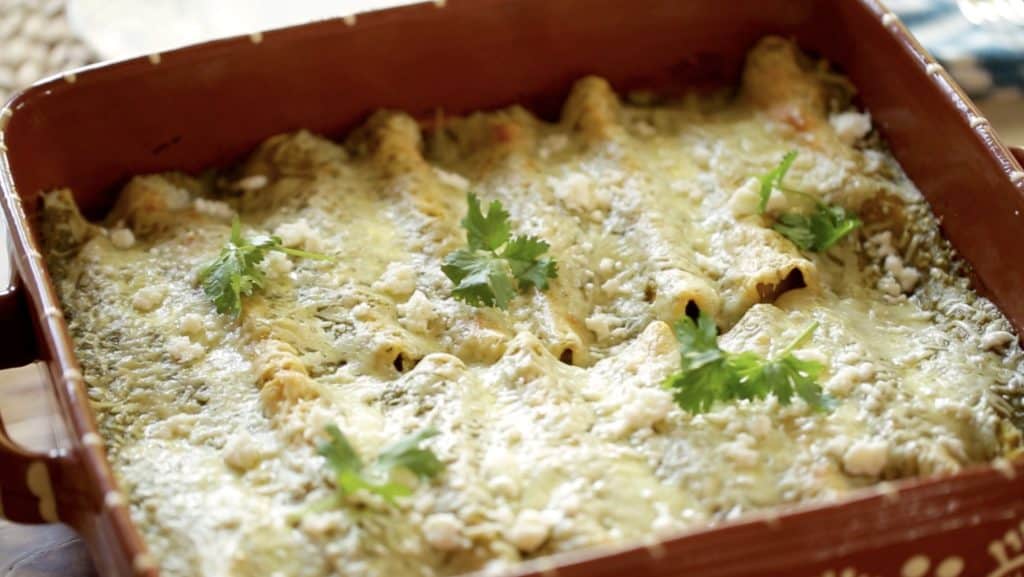 No tomatillos? No problem, if you want to use a canned sauce I think the Hatch Green Chile Enchiladas Sauce is the best.

It's also pairs well with a starter of Air Fryer Taquitos and homemade guacamole.

Watch How To Make Enchiladas Suizas Below!

What is Enchiladas Suiza?

Suiza means Swiss in Spanish. When the Swiss immigrated to Mexico they brought their culinary heritage with them, which included a lot of dairy and cream. So Enchiladas made with a sauce that includes cream would also be called Suiza.

This recipe includes the cream as "optional" because I think the tomatillo sauce is still great without it, but it's your choice!

For juicy and flavorful chicken, I use bone-in, skin-on chicken breasts. I place these on a sheet tray with a roasting rack and roast at 400F (200C) degrees for about 30 minutes or just until the chicken is cooked through. 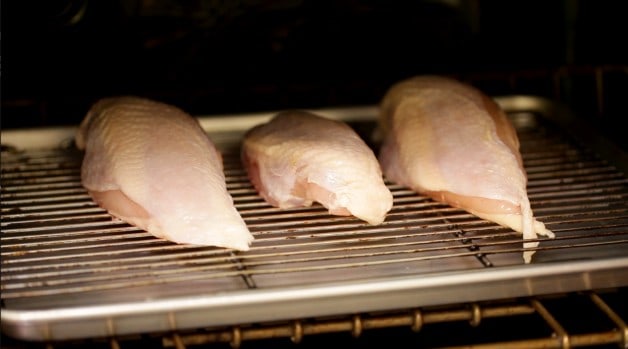 After the chicken has cooled, remove the skin and bones, and shred the chicken into bite-sized pieces. I like to use two forks for the perfect shredding texture! 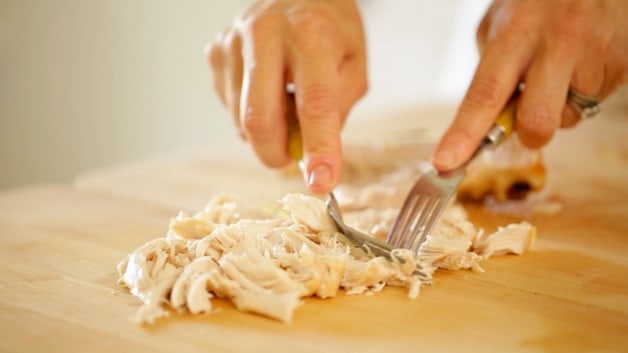 Season with salt, pepper, and the juice of one lime. Don't skip the lime juice! It gives the chicken so much flavor and is a great match against the tomatillo sauce! 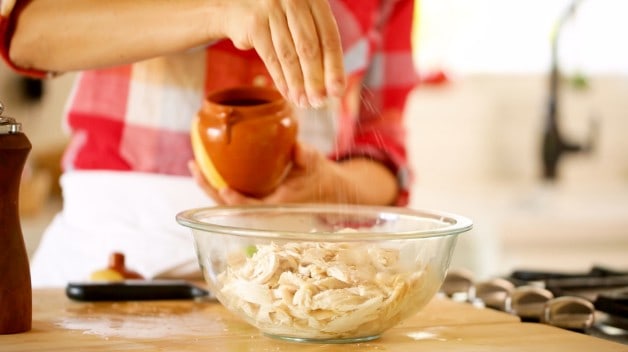 Set the chicken aside while you prepare the rest of the dish.

Fresh tomatillos are purchased in your produce department or you can find them in a Mexican grocery store. They come in these curious little husks, that you will need to peel off. You'll then find the fruit is inside that resembles a green tomato. 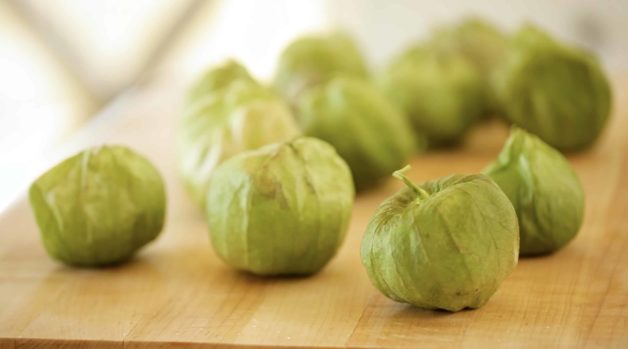 Tomatillos in their papery husks

Tomatillos are in the nightshade family. They are a hard, under-ripe tomato with a paper-like husk. Tomatillos are frequently used in salsas, Mexican sauces, or placed on the grill and tossed in salads.

To prepare the tomatillos, once the husks are removed quarter them and place them on a sheet tray. 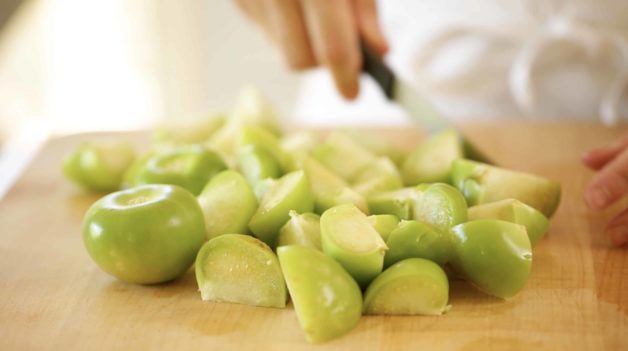 To prepare the peppers, slice longways down the pepper and remove the seeds with a spoon. Place the peppers on the same sheet tray as the tomatillos. 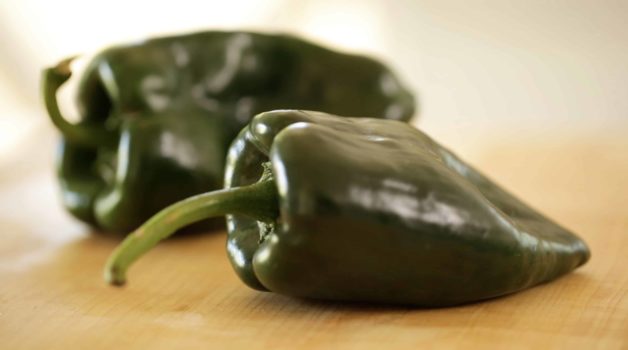 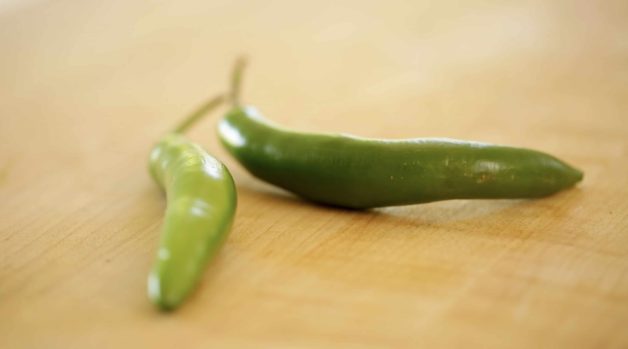 Place the sheet tray of tomatillos and peppers in your oven at about 500F (250C) degrees or on the broil setting. I like to give these a head start in the oven by placing them under the broiler first, then finish them off by roasting them.

This way, the vegetables get a nice char and blister on them which will add a nice smoky flavor to your sauce. 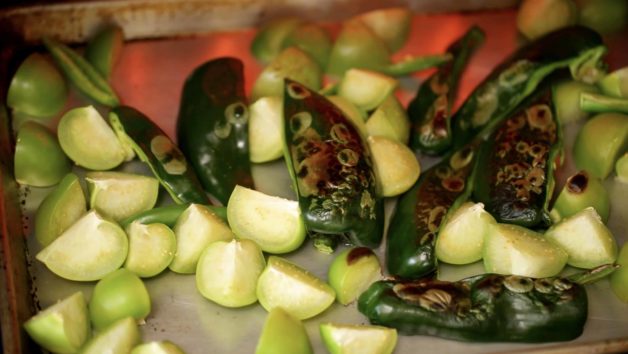 After they begin to blister, you can move your oven rack down to the middle of the oven and reduce the heat to 450F (200C) degrees and continue roasting for another 8-10 minutes.

Remove from the oven and allow to cool. Then, remove most of the charred skin, but retain some of it for the smoky flavor. 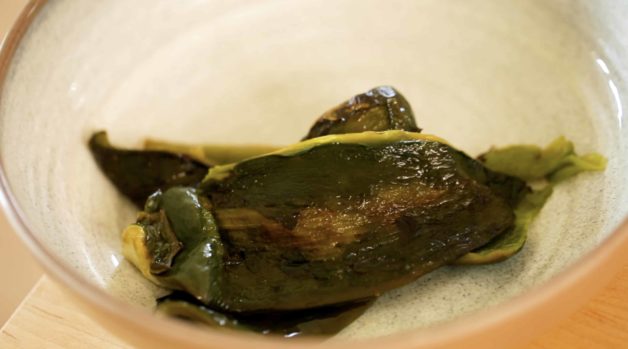 Now that your tomatillos are cooled and peeled. In a blender, add the roasted tomatillos and peppers, garlic, cumin, salt, and chicken broth, and onion. Blend on high until a smooth green sauce develops.

TIP: If you like a runnier sauce go for the full cup of chicken broth, otherwise for a thicker sauce, leave it to ½ cup. 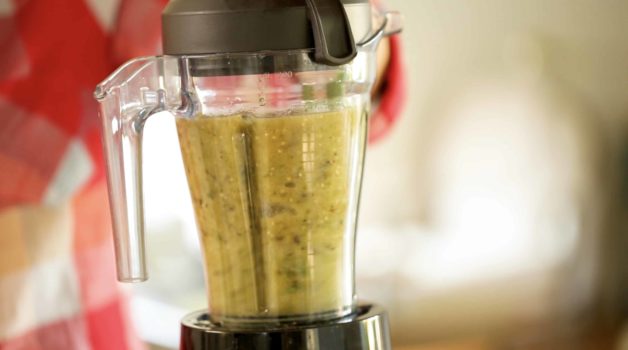 After the sauce is blended you can add 1-2 tbsp of sour cream or heavy cream, this is the “Suizas” part, or “Swiss" part, due to the addition of dairy. It also tones done the heat a bit and makes it less spicy!

Select a large heat-safe casserole. Make sure you lightly grease the bottom to avoid sticking!

TIP: Before you start filling the tortillas it's helpful to microwave them, wrapped in a paper towel, for 15-20 seconds. This will make them more pliable and easier to roll without cracking. 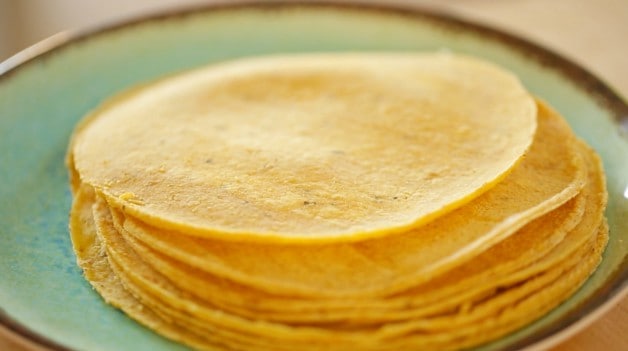 Fill each tortilla with the shredded chicken and Monterrey Jack cheese. Roll tightly and place, seam side down in a greased baking dish. Repeat the process until 16-18 rolled tortillas fill the pan. 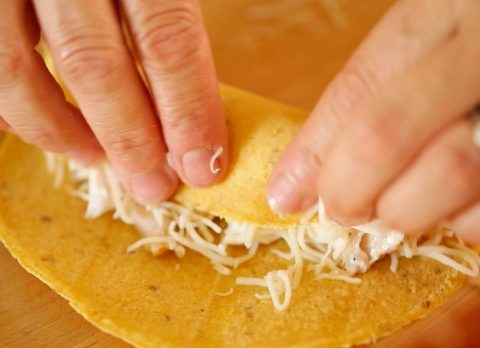 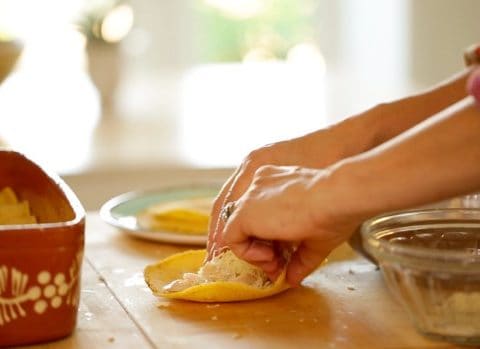 You can also fill some of the tortillas with just chicken or cheese, but I prefer a combination of both. 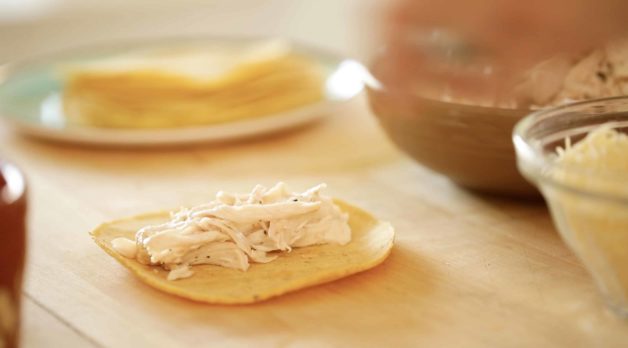 TIP: If you want to make this ahead of time, cover the casserole and place it in the fridge. Add the sauce and extra cheese when you are ready to bake.

Then, pour the sauce over the tortillas until completely covered. Then smooth out with a spatula. 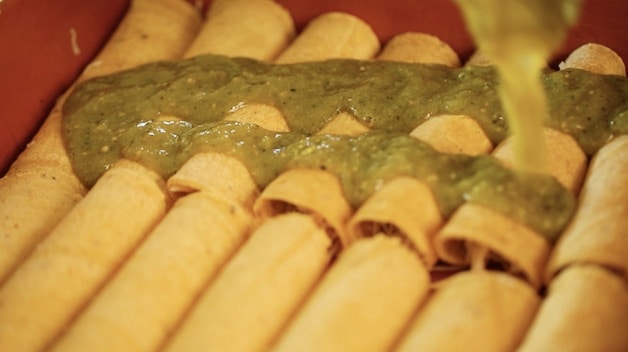 Cover the top of the casserole with more Monterrey Jack cheese. 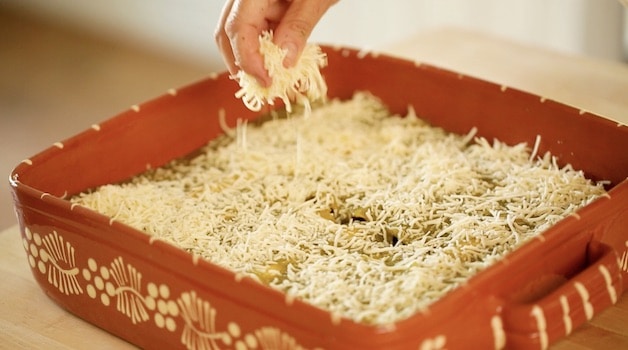 Bake at 375F (190C) degrees for 20-25 minutes until warmed through and cheese on top is melted. When the cheese has melted, turn the broiler on for a few minutes until the cheese is bubbly and golden brown. 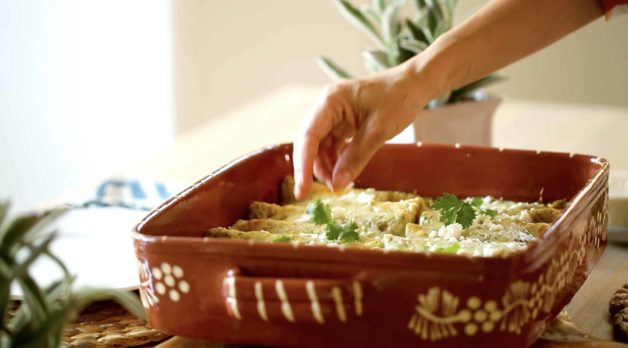 Finally, add some Queso Fresco cheese on top and garnish with fresh cilantro. Serve with rice! 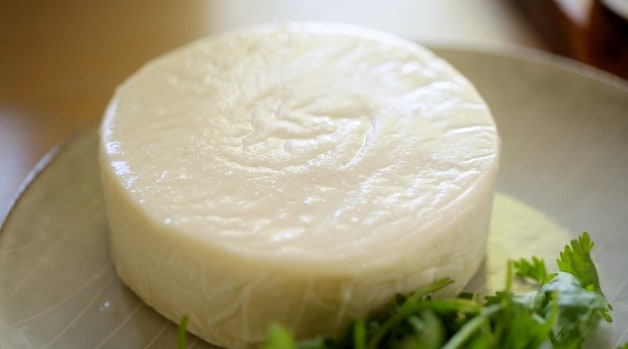 For a fun finish to this meal, you could serve some of my Churro Sundaes for dessert!

PLEASE LET ME KNOW IF YOU MAKE THIS ENCHILADAS SUIZA RECIPE

BY LEAVING A RATING AND REVIEW BELOW!

This makes great leftovers! To moisten the enchiladas if reheating the day after, pour some chicken broth (¼ cup or so) over the enchiladas.. It will moisten the chicken, and loosen the sauce and keep them from drying out.. Enjoy!