What's the holiday season without a classic eggnog recipe? For me growing up in Connecticut, my Dad was the "Eggnog King" and neighbors would come from far and wide for a taste of Dad's famous holiday elixir.

It's the thickest eggnog you'll ever taste, which is part of its appeal, in fact, you could probably drink it with a spoon! But that's also what makes it so good and decadent! 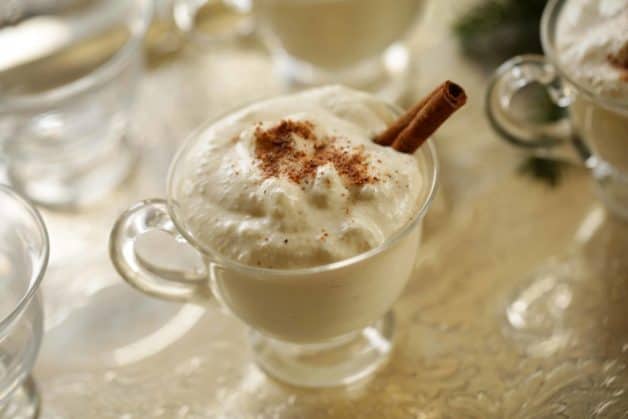 How Many Does This Recipe Serve? 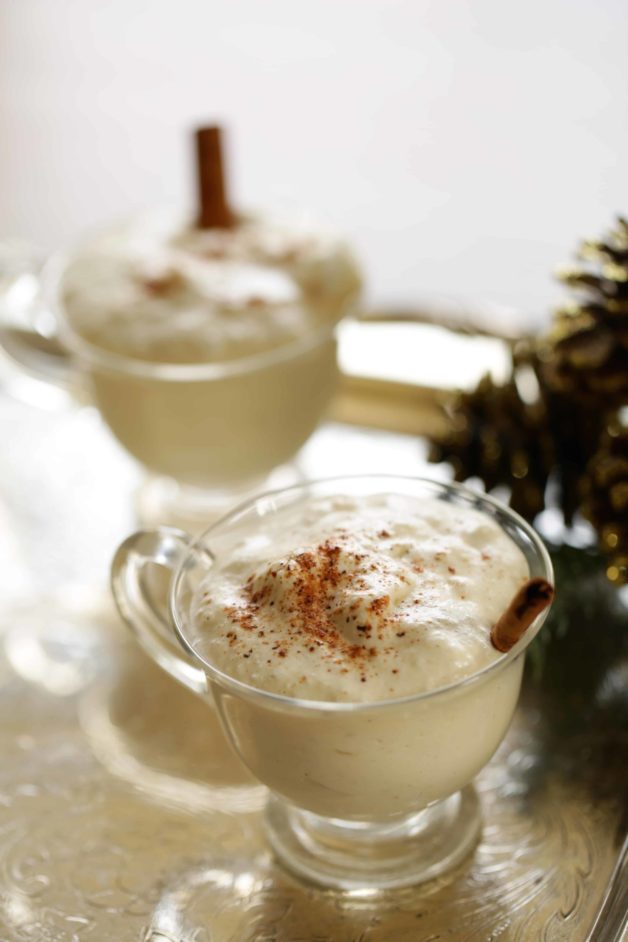 My parents would throw these large holiday parties on Christmas Day inviting all the neighbors, friends, and family. As a parent, I look back at their energy and wonder how in the world they did this?! 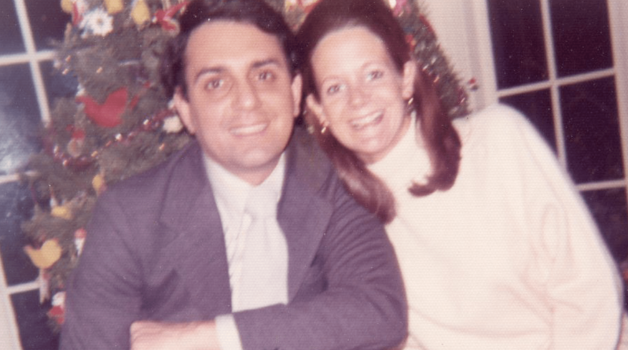 Mom and Dad in my childhood home in Connecticut. Circa 1977

Back then, I was too young to taste Dad's famous eggnog, which was filled with bourbon, cognac and a dash of creme de cocoa, of course, made it all the more alluring and glamourous. 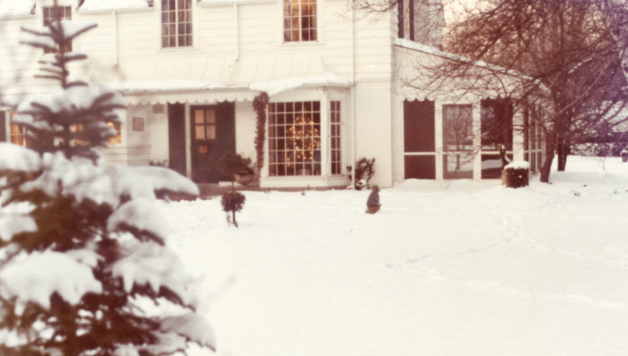 This was 1977 and I was a mere 7 -year-old kid, but the memories are so vivid and clear to me I can just close my eyes and I can hear Bing Crosby crooning off in the distance from the radio on the fridge, only to be drowned out by the whirl of Dad's egg beaters. 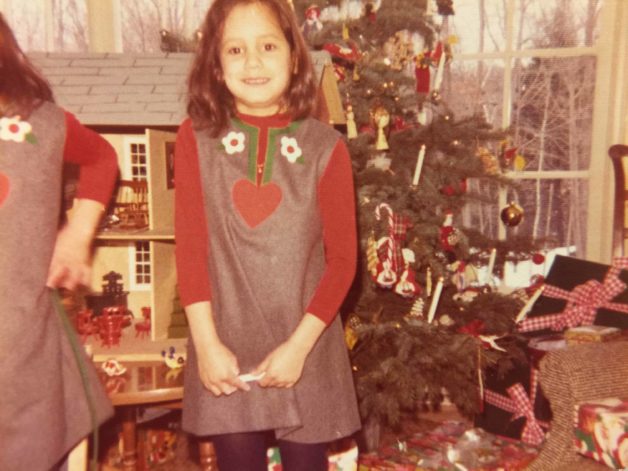 Me at age 7. This was the year my sister and I received my grandmother's refurbished dollhouse.

At the age of 18, we moved out West to California and cashed in the snowdrifts for palm trees and for some reason the Eggnog was also left behind?! I think it just wasn't the same without all the neighbors. 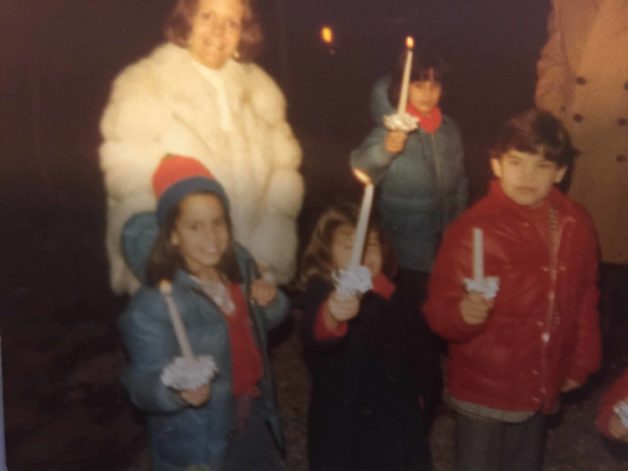 So I thought it was time to bring Dad on the show and teach us ALL how to make his "World Famous Eggnog Recipe!" It deserves a comeback! 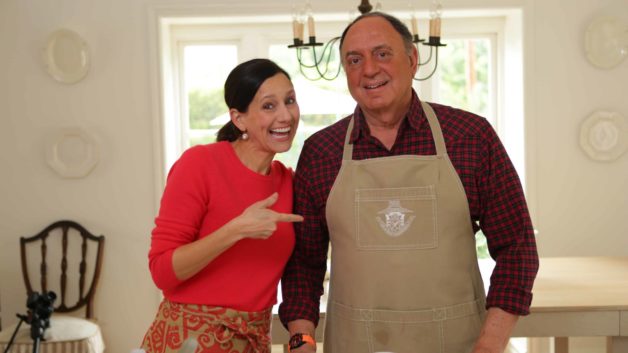 Now for those of you squeamish about using the raw eggs, not to worry, my "Adaptation" of Dad's Recipe using a cooked egg base follows below in the Notes of the recipe card.

Watch Dad and I make the eggnog together!

I hope you give Dad's recipe a try, it's now easy to see how it had the ability to lure those neighbors out into the cold for a taste of his heavenly concoction! 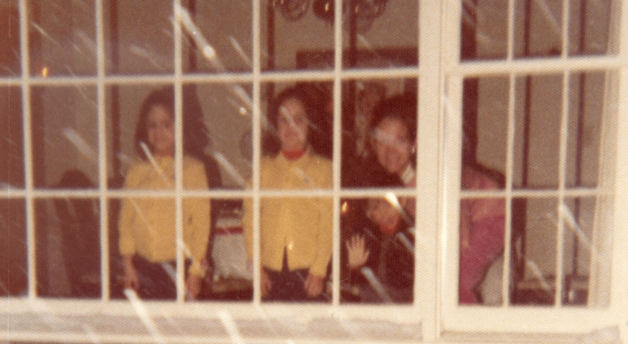 Perhaps you'll start the same tradition at your house this year! xx Merry Christmas everyone! 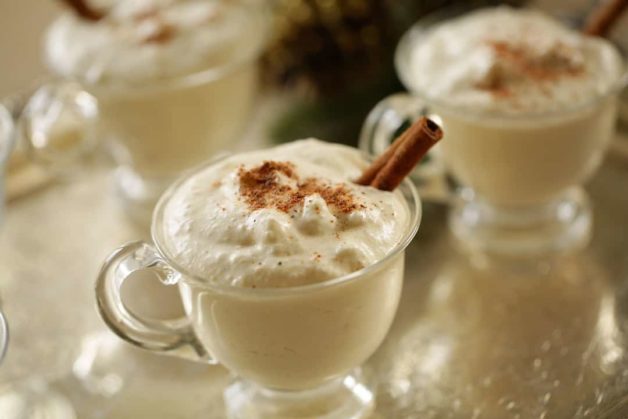 If You Enjoyed This Egg Nog Recipe

In a large bowl add 12 egg yolks. Slowly pour the milk mixture into the yolks whisking all the while until combined. Pour back into a clean saucepan and heat on medium until a candy thermometer (or meat thermometer works too!) registers 165F, this is the temperature needed to kill off any bacteria.

Allow custard base to cool or if making ahead of time, refrigerate base until ready to serve.

Whip 1 ½ cups of heavy cream, with 1 teaspoon of vanilla, until stiff peaks form. Set aside. Whip pasteurized egg whites and cream of tartar until thickened (they will not get stiff like un-pasteurized whites. That's OK you just need the thickness)

Transfer custard base to a large punch bowl. Add nutmeg and alcohols, then fold in egg whites and then fold in heavy cream.

Garnish with nutmeg and ladle into punch cups and serve with a little more nutmeg on top and a cinnamon stick.