This easy yellow gazpacho soup with spicy shrimp tails is a wonderful mini appetizer recipe to serve at your next summer cocktail party! Guests can nibble on the spicy shrimp and then sip on the refreshing soup. 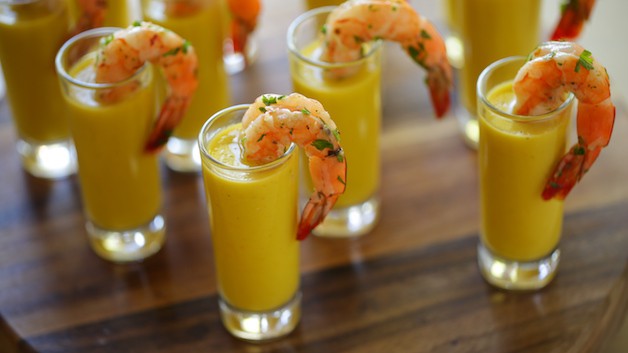 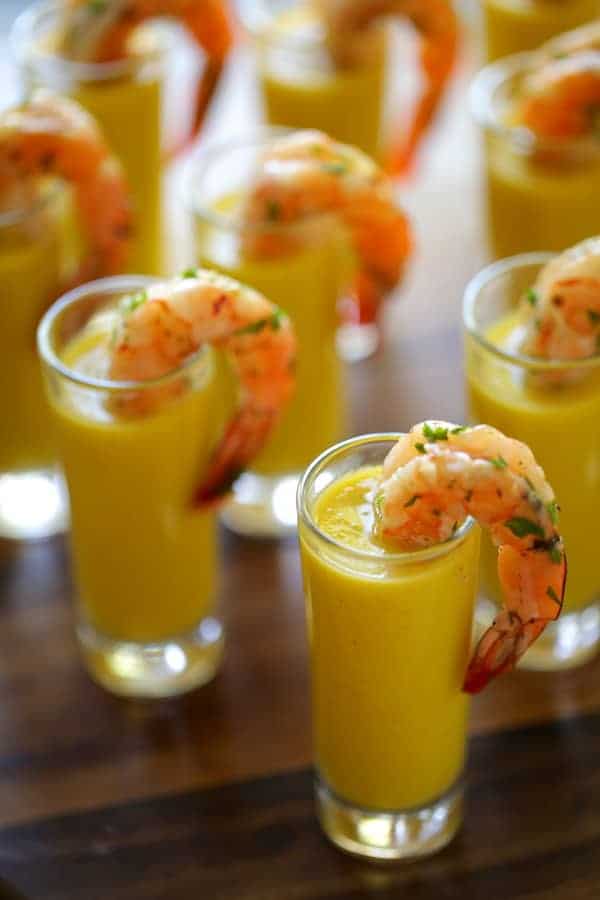 Why You'll Love This:

Shrimp can be expensive so for me it always comes down to if I want to save time or money? To save a few dollars, buy the shrimp still in its shell. It will be about half the price of already shelled and cleaned shrimp. 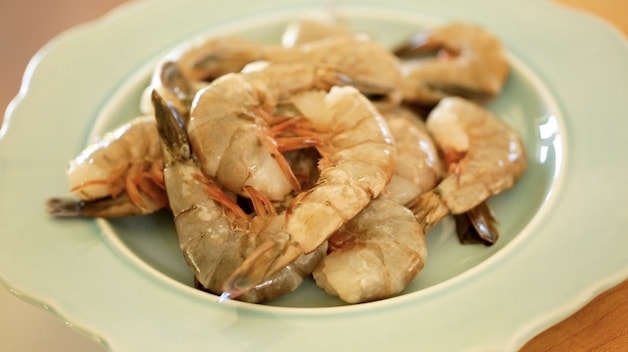 How To Clean The Shrimp 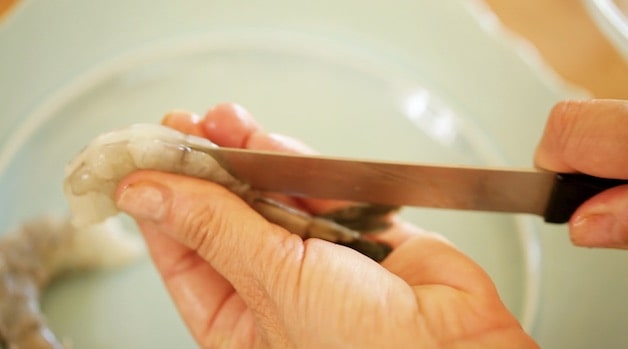 STEP#2: Cook the Shrimp and Refrigerate

After you season your shrimp with salt, pepper, garlic, and chili flakes you'll spread them out on a baking sheet 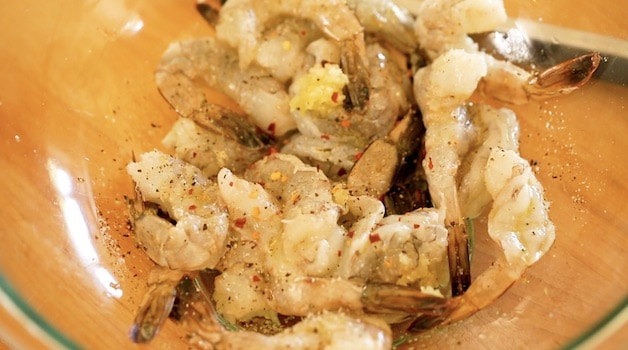 Bake the shrimp at 400F until they are pink, about 5-7 minutes. Once they are cooled, place them in a bowl and cover and refrigerate until ready to serve. 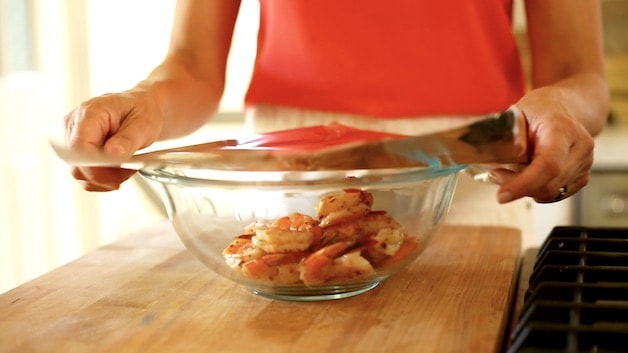 Gazpacho soup is so easy to make! All it takes is blending up a bunch of vegetables until they are pureed and smooth. It's like making a veggie smoothie in some ways! 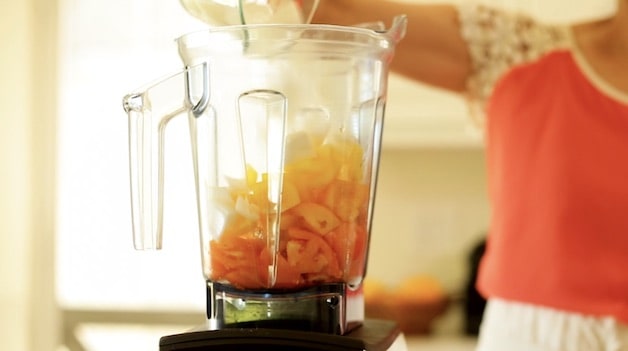 I like to use a combination of yellow tomatoes and yellow bell peppers, along with onions and cucumber. 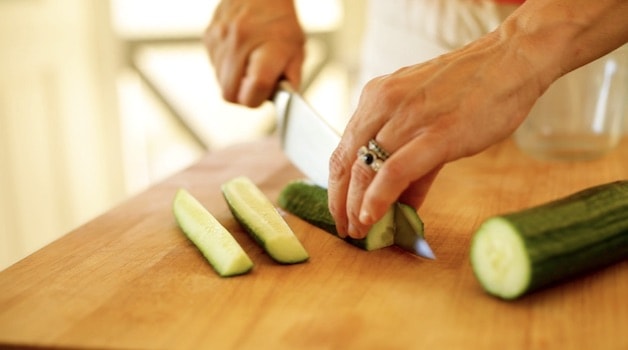 Why English Cucumbers Are Better for Gazpacho

Once you add the veggies you'll then add equal parts olive oil and red wine vinegar and then blend until smooth. 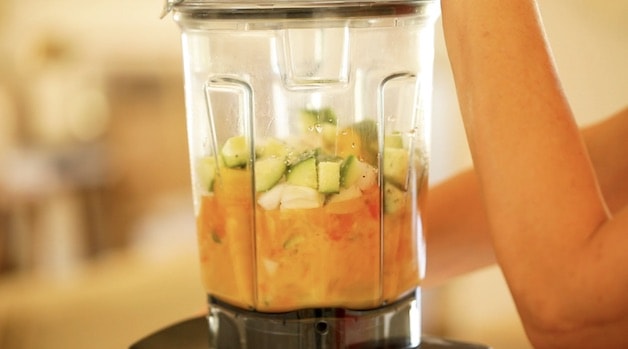 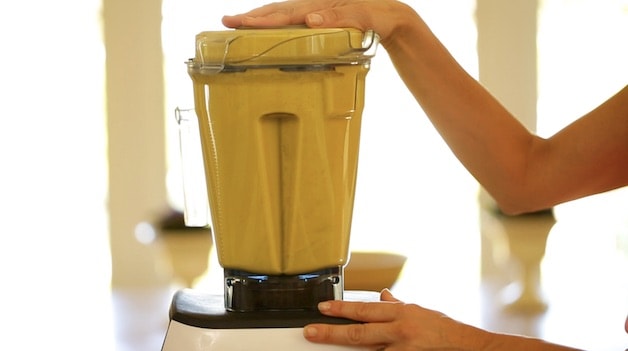 You'll find it easier to pour the soup from the blender into a Pyrex pitcher, and then pour it into the shot glasses. It's best to fill the glasses only ¾ of the way full so that when you place the shrimp on the rim, the soup doesn't overflow. 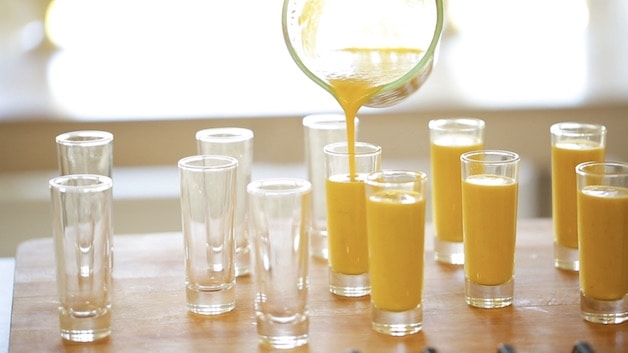 Place your shrimp on the side of each glass and serve! These look really pretty on a serving tray with a large pitcher of my fruity Sangria Recipe! 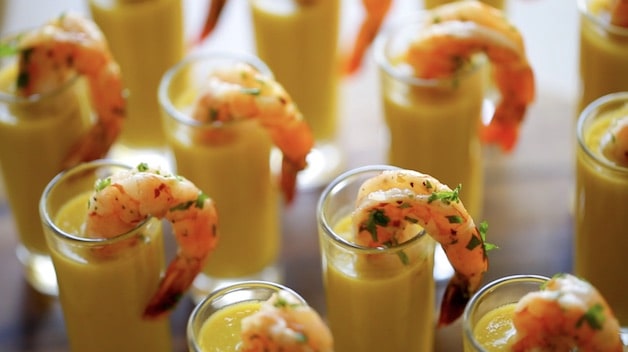 Both the soup and the shrimp can be made a day ahead. Cover and refrigerate until ready to serve.