Twice Baked Potatoes are a classic holiday side dish recipe! There's nothing that says special occasion more than this fancy baked potato. You'll love this recipe because you can have the potatoes made ahead of time, and then just reheat and serve.

They are also easy to freeze as well, allowing you to get some of your holiday meal prep done weeks in advance! These potatoes pair beautifully with my Maple Glazed Pork Loin with Apples and Cranberries, or my Coq au Vin Recipe, or a Beef Roast Tenderloin with Homemade Gravy all fantastic holiday main course ideas! 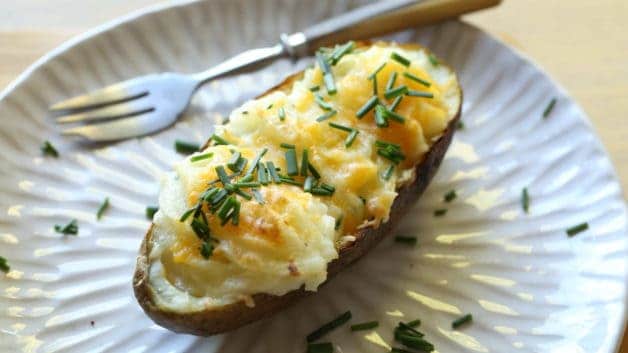 Watch My Video Demo of this Recipe Below!

Why You'll Love This! 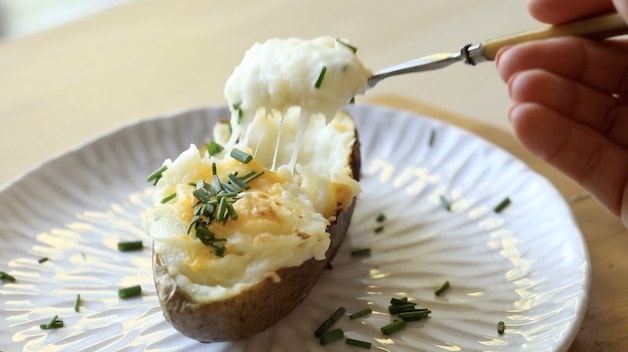 Before baking the potatoes rub each one with olive oil and place them on a baking tray. The olive oil will keep the skin supple while it bakes. 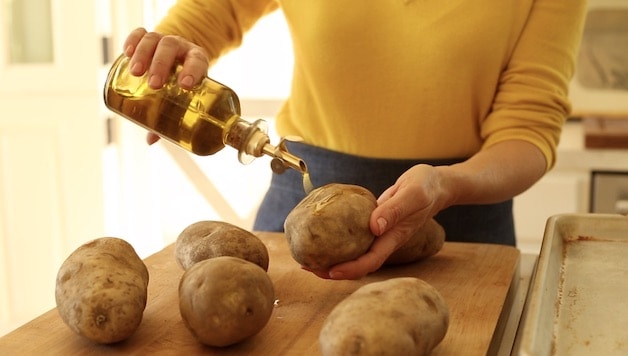 Bake at 400F for 1 hour 20 minutes, turning the potatoes halfway through. Turning them will help the potatoes bake evenly, and prevent their skins from getting too hard on either side. 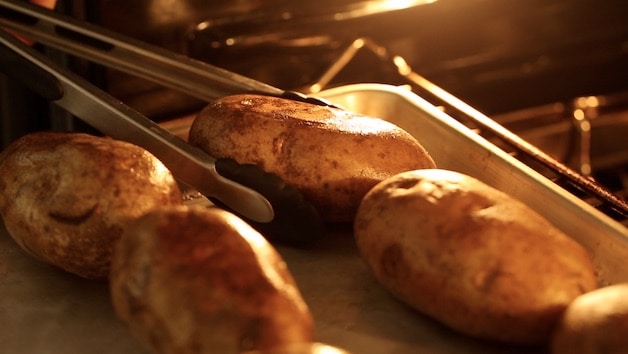 Once the potatoes are cool enough to handle, slice them in half, and remove their flesh. The easiest way to do this is with a melon baller. 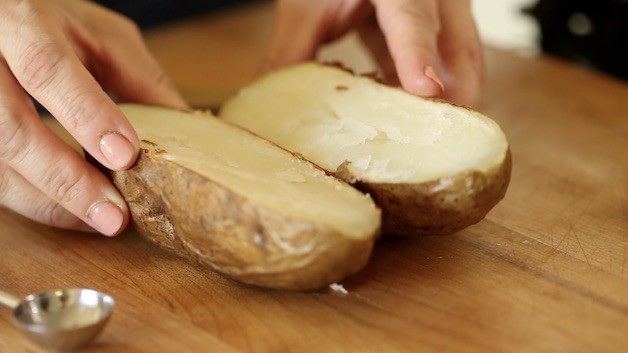 A Tip For Stabilizing the Potato

Be sure to allow at least ¼" border of potato flesh around the skin. This will make your twice-baked potatoes more stable and easier to fill by giving them support. 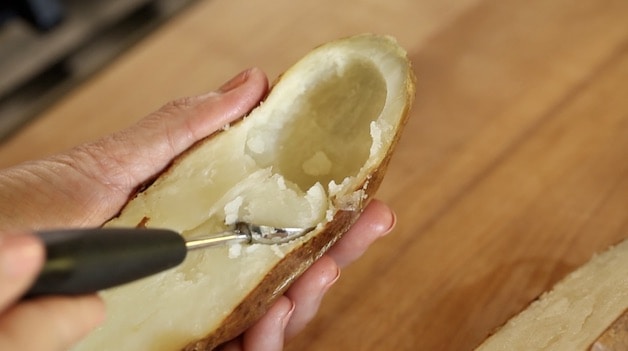 Place all the potato flesh in a bowl of an electric mixer, and combine with the butter, milk, and sour cream. Then season the potatoes with salt and pepper and chives. At this stage, I also like to add some Swiss cheese for more flavor and creaminess. 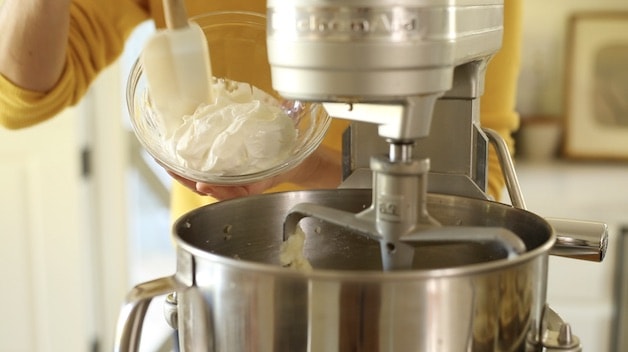 Then transfer the mashed potato mixture into a piping bag fitted with a star tip. Make sure the star tip is wide enough to pipe out the thick potato mash. If the tip has too small of an opening, it will be harder to pipe out the potato. 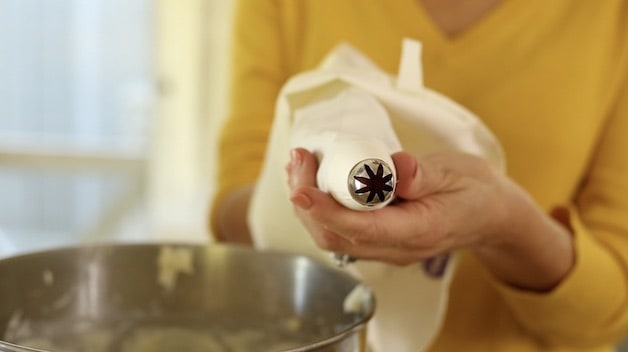 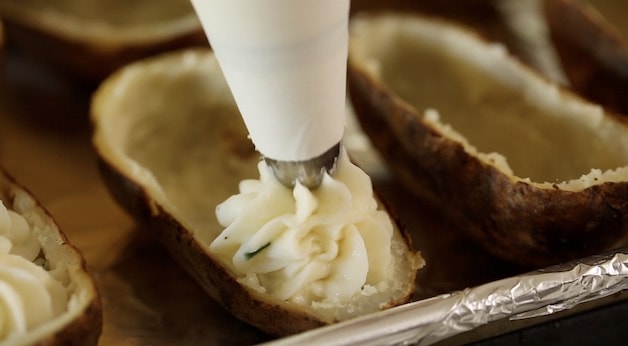 To Reheat the Potatoes: 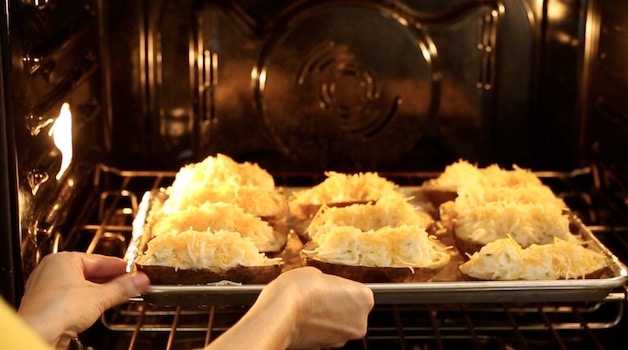 If you enjoyed this recipe

Please leave a rating and a review

This helps others discover and enjoy the recipe too!